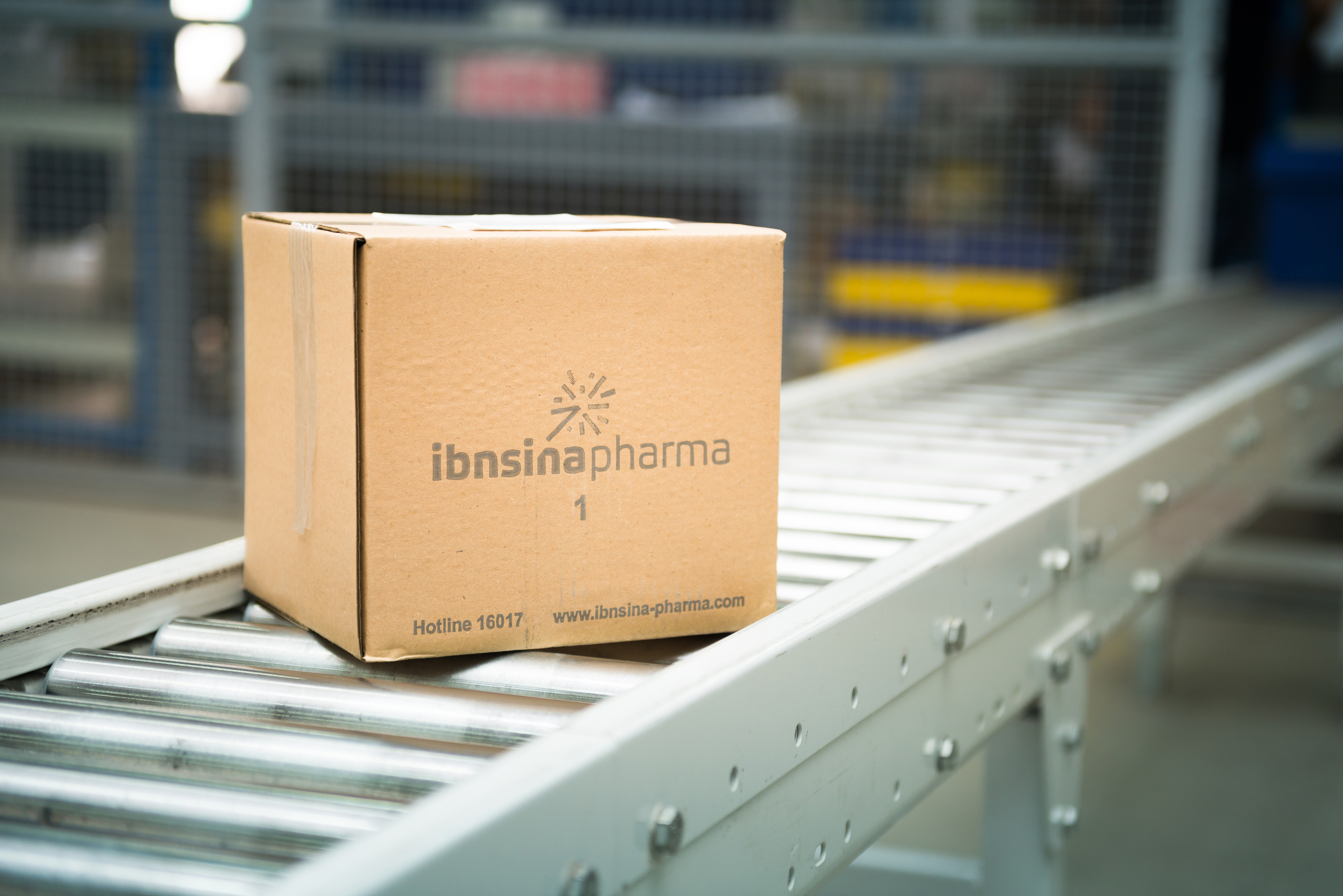 Ibnsina Pharma S.A.E. (“Ibnsina” or the “Company”), Egypt’s fastest-growing and second-largest distributor of pharmaceutical products, finalized today the listing of its shares on the Egyptian Exchange (EGX).

The listing comes in advance of Ibnsina’s planned initial public offering on the EGX (the “Offering”). The Offering is expected to consist of a primary offering of newly issued shares and a secondary offering of existing shares held by the Company’s current shareholders (collectively the “Shares”) constituting around 37.5% of Company’s total share capital post-money.

Proceeds from the transaction will be used to grow Ibnsina’s core distribution business and support its expansion into new, higher-margin revenue streams.

“I am very pleased that we have finalized the listing procedures, an important regulatory milestone for our transaction. We have also concluded our pre-marketing roadshow and have recorded strong interest from investors in London, Frankfurt, the United Arab Emirates, Saudi Arabia, South Africa, and the United States, and look forward to our deal roadshow during the second half of November,” said Mohsen Mahgoub, Executive Chairman of Ibnsina.

The Offering is expected to take place in December, subject to market conditions and the receipt of regulatory approvals.

Ibnsina is Egypt’s fastest-growing and second-largest pharmaceutical distributor serving over 35,000 clients including retail pharmacies, wholesalers, hospitals and public health institutions across Egypt with products from over 325 local and multinational pharmaceutical companies. Ibnsina Pharma has a market share of c.18.8% 1 and expects to close 2017 with revenues in excess of EGP 9.5bn. Established in 2001, the Company has been the fastest -growing pharmaceutical distributor in Egypt, with revenues growing at a CAGR of 30% over the past five years compared to an industry CAGR of c.17%.

The Company has over 5,500 employees and a fleet of around 600 vehicles serving nationwide demand through a network of 55 operational sites2 including warehouses and distribution hubs, among others, and has over 850 telesales personnel.

The European Bank for Reconstruction and Development is a minority shareholder of Ibnsina, having acquired a 21% stake through primary and secondary share transactions in 2015.

The Company’s other shareholders include the Mahgoub family (24%), the Abdel Gawad family (22%), and Faisal Islamic Bank (16%). Other shareholders, including members of the senior management team, collectively hold the remaining 17%.

Beltone Investment Banking is acting as Sole Global Coordinator and Bookrunner on the Offering, while Matouk Bassiouny is acting as counsel to the issuer.

Originally established in 2001, today Ibnsina Pharma is Egypt’s fastest-growing and second largest pharmaceutical distribution company. The Company distributes a competitive portfolio of pharmaceutical products from over 325 local and multinational pharmaceutical companies to over 35,000 customers including retail pharmacies, wholesalers, hospitals, and public health institutions. Its fleet of around 600 vehicles completes an average of over 375,000 deliveries each month.

Ibnsina’s core services for suppliers include management of warehousing and logistics for pharmaceutical products as well as the development and execution of tailored marketing solutions targeting a nationwide database of customers. The Company also provides efficient and reliable order-taking and delivery services to customers and was the first in its industry to pioneer a telesales model. Operating across 55 sites in 23 governorates nationwide by end of 2017, Ibnsina’s team of more than 5,500 employees is dedicated to improving people’s quality of life by ensuring their access to safe and high quality pharmaceutical products.

Beltone Financial is a leading regional investment bank, offering a full range of financial services to companies, institutions and high- net-worth individuals in the Middle East, Europe, North America, and Asia. Beltone is the largest asset manager in Egypt with c. EGP 25 bn in AuM and a leading provider of independent equity research in the region. The firm’s track record includes the execution of over EGP 100 bn in M&A and capital markets transactions. Beltone is present on ground in the US through its subsidiary Auerbach Grayson, a New York-based brokerage and placement agent with access to over 125 markets globally. In 2015, the firm was acquired by Orascom Telecom Media & Technology (OTMT). Beltone is listed on the Egyptian Exchange trading under BTFH.CA.

The Company and Beltone Investment Banking, S.A.E. (“Beltone”) do not make any representation or warranty, express or implied, as to the accuracy or completeness of the information contained in this announcement, including the suitability of the Shares for any particular investor, and nothing contained in this Announcement is, or should be relied upon as, a promise or representation by the Company or Beltone or their respective affiliates or advisors. This Announcement does not constitute, or form part of, any offer or invitation to sell, allot or issue, or any solicitation of any offer to purchase or subscribe for, any securities, nor shall it (or any part of it) or the fact of issue by the Company form the basis of, or be relied upon in connection with, or act as any inducement to enter into, any contract or commitment for securities. Any purchase or subscription for Shares pursuant to the Offering must be made only on the basis of the information contained in the offering prospectus or the public subscription notice (the “PSN”). As this announcement is intended for advertising purposes, no reliance may be placed for any purpose whatsoever on the information or opinions contained in this announcement or on its completeness, accuracy or fairness. No undertaking, representation, warranty or other assurance, express or implied, is made or given by or on behalf of the Company nor directors, officers, employees, agents or advisers or any other person as to the accuracy or completeness or fairness of the information or opinions contained in this Announcement and no responsibility or liability is accepted by them for any such information or opinions.

Persons reviewing this Announcement should note that it has not been independently verified and that Beltone is acting for the Company in relation to the Offering and for no one else and will not be responsible to anyone other than the Company for providing the protections afforded to their respective clients or for providing advice in relation to the Offering or the contents of this Announcement or any transaction, arrangement or matter referred to herein.

The distribution of this announcement and other information in connection with the Offering, may be restricted by law in certain jurisdictions, and persons into whose possession this announcement or any document or other information referred to herein comes should inform themselves about, and observe, any such restrictions. Any failure to comply with these restrictions may constitute a violation of the securities laws of any such jurisdiction.

No person has been authorized to give any information or make any representations other than those contained in the PSN and, if given or made, such information or representations must not be relied upon as having been so authorized by the Company. The Company will comply with its legal obligation (if any) to publish a supplementary announcement containing further updated information if so required by law or by any regulatory authority but assumes no further obligation to publish additional information.